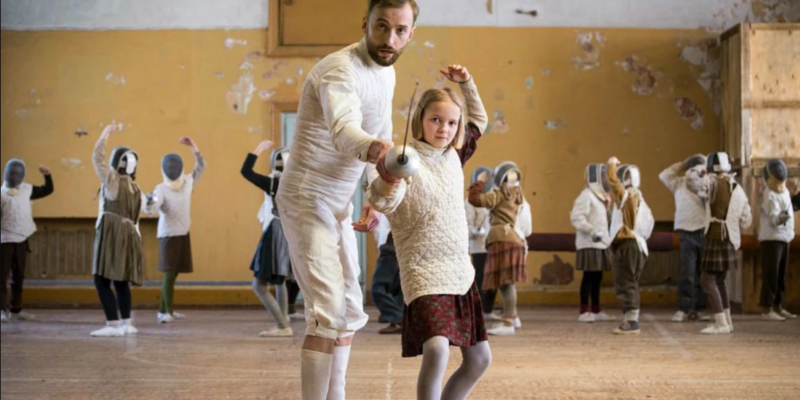 About the film
A young man, Endel Nelis, arrives in Haapsalu, Estonia, in the early 1950s. Having left Leningrad to escape the secret police, he finds work as a teacher and founds a sports club for his students. Endel becomes a father figure to his students and starts teaching them his great passion – fencing. Envious, the principal starts investigating Endel’s background. The children want to participate in a national fencing tournament in Leningrad, and Endel must make a choice: risk everything to take the children to Leningrad or put his safety first and disappoint them. (Source: Rotton Tomatoes).

Have you been to a film night at the Ashburton Community Centre?
A different foreign film is shown on the first Wednesday of every month with everyone welcome to attend. Doors open at 7pm, the film begins at 7.30pm. The film is shown in the Copland Room followed by a discussion with light refreshments. Cost is only $10. You must be a member of our Centre to attend, annual Membership is $10.

Get involved!
We are looking for a few extra people to join our Film Group co-ordinators to organise the film list and assist on the night.  If that sounds like you, please email office@ashburtoncc.org.au and we’ll put you in touch with our co-ordinators.

We are now taking online enrolments through our Courses & Activities Portal! Mid-term enrolments are welcome if places are available and you can trial a class for free, take a look...

Find out more about the bookclubs we run here at the Centre and register to join.

On the first Wednesday of the month we host a Foreign Film night at 7pm and will be back in the new year. Our next Film Night will be Wednesday February 5.

To keep updated on our news and events join our e-newsletter list.